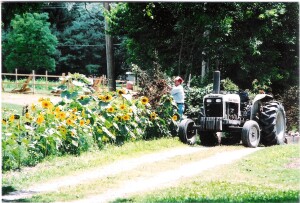 Charles Renwick McClay, age 94 of Groveport, Ohio departed this life September 8, 2022. Charles was born September 9, 1927 on the family farm in Saunders County, Nebraska to Floyd and Irene McClay who preceded him in death. He married Mildred Maybelle Hayes August 21, 1948.
He is preceded in death by his sister Arlene (Robert) Graham, and his children Joan McClay, Robert McClay, Diane McClay and Charles McClay.  He is survived by his wife of 74 years and children; Judith (Robert) McDonnell of Groveport, Ohio, Richard (Deborah) McClay of Canal Winchester, Ohio, and William McClay of Lancaster, Ohio.  His grandchildren include Flora (Al) Lelikov,  Brent McClay, Dean McDonnell, Candice (Dan) Guth, Ryan McClay, Emily McClay, and Lydia (Richard) Featheringill; 4 great grandchildren Lucian and Alice Lelikov, Augustus Guth, and Michael James Hill; siblings Leroy (the late Judy) McClay, Doris (the late Larry) Hansen, Verla (the late John) Swearingin, Janice (the late Jerry) Sommers and Ralph (the late Diane) McClay.
Charles grew up the second of seven children.  He attended a one room schoolhouse in Nebraska.  He served in the Coast Guard.  He went to Tarkio College where he met his future wife and then earned his bachelor's degree from The Ohio State University.  Charles worked as a Scheduling Analyst for North American Rockwell in Columbus, Ohio and as a farmer and partner of the Hayes and McClay Farm in Groveport, Ohio. He was a member of the First Presbyterian Church of Reynoldsburg, Ohio and a member of Capitol City Chorus barbershop group.
Visitation will be September 20, 2022 at 11 a.m. with a memorial service following at 1 p.m. at the Cotner Funeral Home, 7369 E Main St, Reynoldsburg, Ohio.  Interment will be September 22, 2022 at 11 a.m. at Glen Rest Memorial Estate, 8029 E Main St, Reynoldsburg, Ohio.

Charles R. McClay
In his own words:
I was born at our farm about 5 miles east of Colon, Nebraska, about 30 miles west of Omaha. Mom
must have been eating real good because I weighed over 11 pounds. Since I was her second she had no
problems! (Sister, Arlene, was 14 months ahead.) My Father (Floyd B. McClay) was 30, and Mom
(Irene D. McCord McClay) was 24.
I was named “Charles” for Mom’s father, and “Renwick” for Dad’s father.
We lived on the farm until I graduated from high school. Then my parents moved to Fremont,
Nebraska, about 7 miles north of the farm. That fall I enrolled at Midland college. This was 1944 and
WWII was still going on, so a classmate and I enlisted in the Coast Guard so that we wouldn’t be
drafted into the Army. I was discharged from the Coast Guard after the war, and went to Tarkio
College in Missouri (my sister, Arlene had already started there).
I met Mildred Hayes (also known as Pud or Millie) at Tarkio College. I was 19 years old, just got
discharged from the Coast Guard, and playing football. She was a cheerleader. There seemed to be an
immediate attraction.
We had been dating for about a year, I don’t remember an engagement, more of an understanding. We
were meant for each other, and madly in love! We were both living at College – away from home. Our
parents seemed happy for us. We had been going steady about 1 and a half years before we were
married!
Our wedding was August 21, 1948 at the Federated Presbyterian Church in Reynoldsburg, Ohio;
Mildred’s hometown. My best man was brother, LeRoy. Pud and I honeymooned a long weekend at
Indian Lake Park.
We lived with my Father and Mother-in-law (Harry and Flora Hayes) in Reynoldsburg until I graduated
from Ohio State with a degree in Agriculture, and returned from 2 months in Tiffen, Ohio (soil
conservation). We moved into a small house on Main St. in Reynoldsburg that had been a restaurant
called, “The Log Cabin”. The price was right, and close to Grandma Hayes who helped much with
babysitting. Between my $1.40 per hour at North American Aviation, and her teaching school we
managed. Prices then were about a third of the prices now.
We had 7 children:

The children went to school in Groveport, Ohio; we had moved into a farmhouse on the 40 acre
property we purchased in 1954 in partnership with Roger Hayes (Mildred’s brother) and his wife,
Blanche Hayes. Then in 1961 we purchased and moved to an orchard in Pataskala, Ohio. We returned
to Groveport in 1971.

We had difficult times during the illness and death of some of our children. Diane’s death at 3 months
of age was especially tough in the earlier years. Also in later years, the loss of sons Robert and Chuck
weighed heavily on us. Then daughter Joan lost her battle with Kidney problems.
Our happiest family activities were times when watching Rob, Rich, and Bill in their wrestling and
other sports. Chuck was somewhat limited in this due to Hemophilia. Roger Hayes and I participated
in Barbershop Chorus for a number of years, hosting annual strawberry and sweet corn picnics with our
farm produce in the summer. Mildred and I took up square dancing in 1983 and enjoyed this very much
until the neuropathy in my feet and legs became too severe.

This information abstracted from:
Grandparents Book
by Charles R. McClay

Addendum - by Judith McClay McDonnell
Dad and Mom enjoyed watching football, basketball, and baseball on their large screen TV. OSU and
the Cincinnati Reds were their favorite teams. When they moved out of their home in the early months
of 2020 to live at the Inn at Winchester Trail (Canal Winchester, Ohio), the large screen TV went with
them, and their favorite pastime was continued. A big thank you to all of the nurses, aides, assistants,
and Hospice care team that did so much for Dad (especially towards the end), and continues to help
Mom. Dad only missed turning 95 years old by about an hour, his birthdate was Sept. 9, 1927! Mom
will turn 96 on Sept. 25; she was born in 1926.

To send flowers to the family or plant a tree in memory of Charles Renwick McClay, please visit our floral store.

A Memorial Tree was planted for Charles

Join in honoring their life - plant a memorial tree