Read more about the life story of Donald and share your memory.

We are sad to announce the passing of Donald Eugene Nelson, 73, of Pickerington, Ohio on November 11, 2022. He was surrounded by his family, who will continue to honor his legacy by living their lives to the fullest. Don’s battle with multiple myeloma in recent years showed his courage in facing life challenges with a smile. Despite his constant pain, Don stayed strong until the end.

Don was born and grew up in Meigs County, Ohio, where he worked tirelessly at American Electric Power to provide for his family. He attended The Ohio State University after high school. Don enjoyed playing golf, spending time with his many dogs, rooting for his beloved Ohio State Buckeyes and watching his grandchildren play sports.

More than anything, Don was extremely proud of his extended family and loved spending time with them on vacations, at games and at family events. He is survived by his wife of 53 years, Maurisha. He was a proud dad to his son, Jeff (Rochelle) Nelson and daughter, Maurisa Baker. Don was an extremely proud grandfather to granddaughters Emma Grace Baker (Aaron) Sines, Peyton Elaine Nelson, Myah Leigh Baker, and Parker Ann Nelson, and his grandson, Jackson Miles Baker. Don was also survived by his sister, Linda Burnem, his sister-in-law Jean Durst and his niece Robin (Burnem) Werry, along with his godson Tracy Holcomb and very close family friends Tina Baker, Pamela Holcomb, Sharyl Holcomb, Frank Weirick, and Lantz/Kathy Repp. Don is preceded in death by his parents, Denver Hayes Nelson and Oma Pearl Nelson, along with his son-in-law Matt Baker, brother-in-law Robert Burnem, niece Carol Burnem, and nephew Alan Durst.

At his request, Don’s funeral will be a private graveside ceremony with only close family members present. To honor Don’s memory, we are holding a Celebration of his Life on December 3, 2022 at the Cumberland Trail Golf Club, 8244 Columbia Rd. SW, Pataskala, OH 43062 from 1:00 to 4:00. We invite anyone who knew him to attend and celebrate his wonderful life. Arrangements under the care of Cotner Funeral Home.

To send flowers to the family or plant a tree in memory of Donald Eugene Nelson, please visit our floral store. 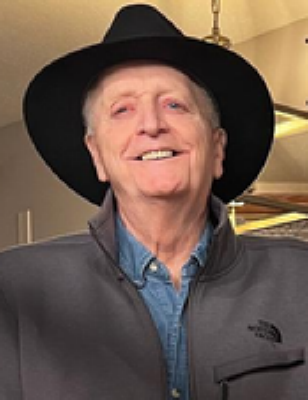 
Family and friends are coming together online to create a special keepsake. Every memory left on the online obituary will be automatically included in the book.

You can still show your support by sending flowers directly to the family, or by planting a memorial tree in the memory of Donald Eugene Nelson
SHARE OBITUARY
© 2022 Cotner Funeral Home. All Rights Reserved. Funeral Home website by CFS & TA | Terms of Use | Privacy Policy | Accessibility